M.A. Mortenson is a builder based in Minnesota and performs work throughout the United States of America.

Mr. Burgess, “Alex”, relied heavily on the advice and guidance of Hilomast employees throughout the process of ordering and purchasing his MSM mast trailer system and his Swift 10 mast!

The specifications for the trailer system were ever-changing and an ongoing process throughout production as Alex realized all that Hilomast could provide for him and the M.A. Mortenson Company.

The more Alex learned, the more options he added to improve his system!

Upon taking delivery of his new “Mini”, Alex reported his surprise to see that the entire unit fit into the bed of his company Toyota pick-up truck for transport.

Mr. Burgess said that he will certainly be back to purchase more trailer systems from Hilomast.

Mr. Burgess informed Hilomast that the trailer system he just purchased is a prototype for others like it which are intended to be a used as a new inventory item throughout the Mortenson Company network. 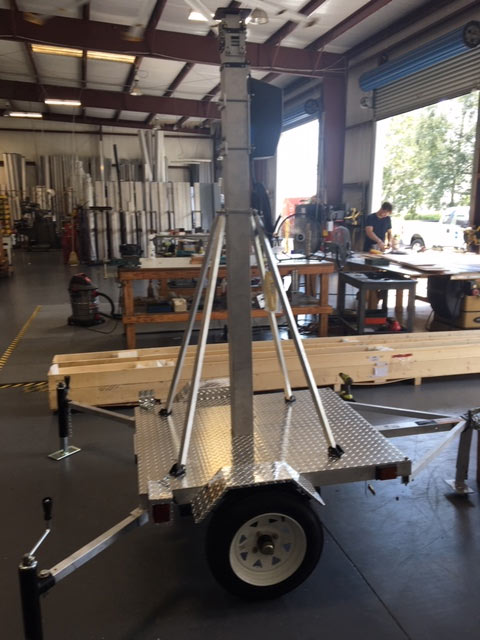