The Volusia Manufacturer’s Association (VMA) invited Hilomast, LLC to serve as a “Manufacturer School Sponsor” for this year’s inaugural robotics competition event.  What was Hilomast’s answer, you ask. “Well, of course we will! Creating things is what we do!” So, who better than Hilomast, LLC to encourage the next generation of manufacturers and inventors?

This year’s VMA Robot Brawl was a huge success!  And, as an added bonus, the high school robotics team that Hilomast sponsored came in first place this year!

Congratulations to all of the participants who earned scholarship money as well as other prizes and awards.  The First-place winners walked away with a cool USD$1,000.00 for their team!

Nine schools, thirty-one robots, one hundred and ten students attired in the blue Robot Brawl t-shirts, four judges, and some 1000 spectators came out to the event ready to rumble!  (That’s right, 1000 spectators!!!)

Here’s to another successful event next year! 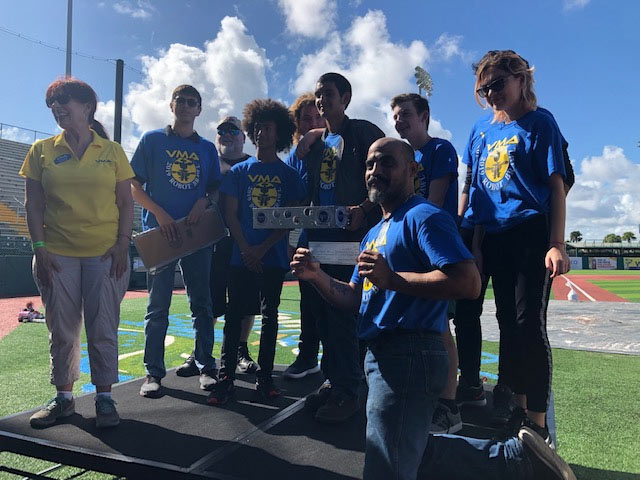 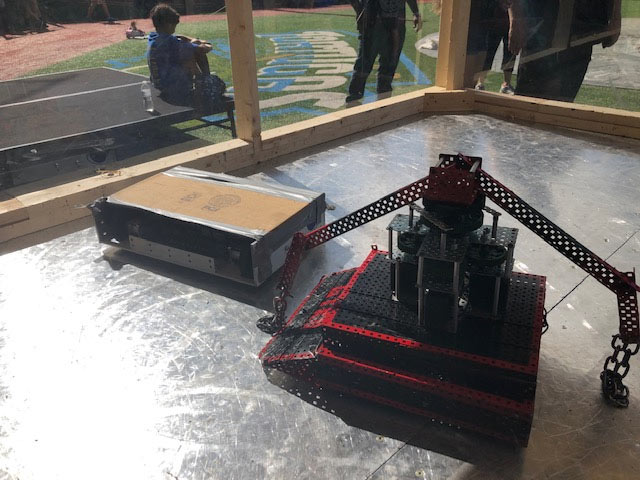 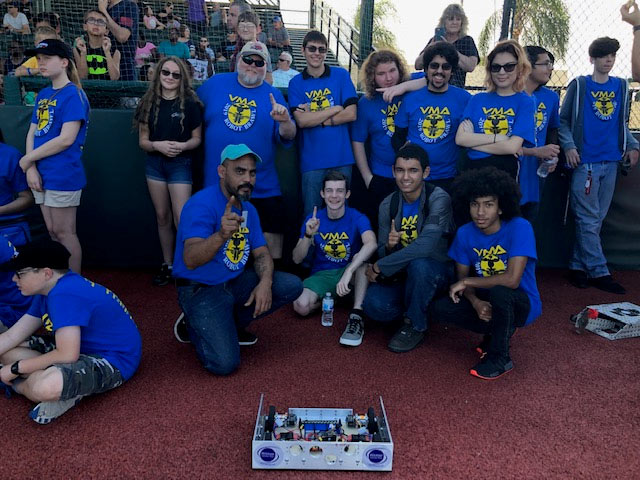